Protests were staged in Occupied Kashmir against the blasphemy video, while the All Parties Hurriyat Conference announced a full-scale strike in the Valley on Wednesday.Hurriyat and other parties strongly condemned the blasphemous incident and demanded severe punishment for the blasphemous Prophet.Senior Kashmiri leader Syed Ali Gilani said in a statement that the recent incident was a conspiracy to crack down on Muslims by fanning sectarianism.It is to be noted that protests have been going on in Jammu and Srinagar since the blasphemous incident took place in the Reasi district.Police have arrested the person who posted the blasphemous video.

Embracing Co-Parenting as a Modern Father 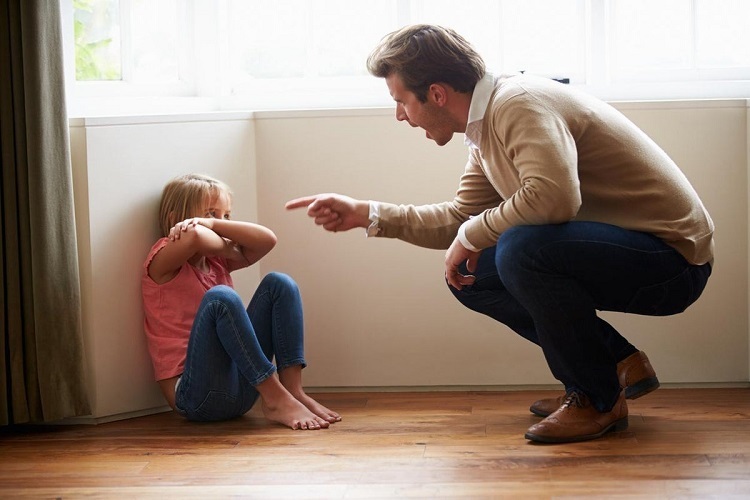 Our society puts much of the burden of parenting on mothers. Father’s typically spend less time with children and are less involved with house chores. True equality in parenting is not widespread. That, however, is changing, with many fathers embracing what has become known as “co-parenting”. According to an article in The National News, co-parenting has become an increasingly popular way to parent children.

The article was written by Tristan Hills-Bos, who describes himself as a “working dad”. Hills-Bos and his wife decided that they wanted to raise their children in a more equal way, with responsibilities truly split 50-50. What makes this even more remarkable is that they do not have a nanny to help them. Hills-Bos was essentially agreeing to extend his role beyond the traditional confines of fatherhood.

When Hills-Bos and others describe such an arrangement as “co-parenting”, it can sound as if two distinct entities have come to a parenting agreement and that their relationship is purely transactional. The term has a whiff of diovorce about it. Yet, this arrangement is founded on love, not a desire for separation, and it is about introducing fairness into parenting, rather than leaving the mother with responsibilities that her partner would not think to do. This model has precedence in places like Finland, where fathers are expected to take an active part in rearing their children, and where the state grants fathers the same right of paternity leave so they can go and look after their children. To many people, this sounds incredibly radical: a father going on leave to look after his child, even though the child’s mother also parents that child. Yet, equality in parenting has enormous benefits, not only to mothers, but to the children who get to have their fathers more involved in their lives.

The term co-parenting exists because for many people, “parenting” is a largely maternal activity. Mothers are typically the primary caregivers in the home. Although there are things that women can do that men cannot, such as breastfeeding, and taking extended leave to parent the child. Millennia of social norms reinforce the tendency for the burden to fall largely on the shoulders of mothers.

In Hills-Bos’ case, his wife told him what her expectations were and he agreed. He admits that were it not for her frankness, he would not have drifted toward a co-parenting model, especially because hsi job is so demanding. To live up to his end of the deal, Hills-Bos left his job and now works from home as an independent advisor, columnist and entrepreneur. Of course, not everyone can take the route he took.

Hills Bos says it took him a year to truly become a co-parent to their child. He often did not know what he was doing, but persisted in offering to help and finding ways to get involved in their child’s upbringing. For fathers who want to embrace co-parenting, it isn’t easy, because millenia of social norms and instincts say that mothers must do most of the parenting. But if you preserve and keep at it, the rewards, as Hills-Bos shows, are immense. The sense of fulfillment and of being truly a part of bringing up your child, is just amazing. For more parenting tips, read more articles in the Atlanta Parent Magazine.

For devout Catholics, keeping up with current events in Catholicism is essential. There are many Catholic newspapers, magazines, websites, and other news sources available to choose from.

This article lists the most popular online Catholic newspapers and magazines.

Aleteia is the most popular online Catholic news source. It is available in English, Spanish, French, and other languages.

Check out their website for the daily news in Catholicism, or subscribe to their newsletter to get the information directly to your email. You can also download the app to catch up on Catholic news on your phone.

This online source of Catholic news is also popular. CNA provides free information online that is constantly being updated.

Catholic News Agency covers Catholic news around the world while keeping the sense of Catholic culture.

This national Catholic newspaper is a conservative news source that provides news on Catholic culture, education, and entertainment.

You can check out their blog to see online content and breaking news. National Catholic Register also comes in print as a bi-weekly magazine.

The Catholic Herald is a monthly print newspaper based in London that also features online content. Check out their website to get more content that is only available online, or subscribe to get daily Catholic news in your inbox.

Catholic Culture is an online news provider that covers updates in Catholic news. While it is not described as a conservative source, it tends to lean towards that political view. You can view thousands of Catholic news stories on their website.

Church Militant, previously known as Real Catholic TV, helps devout Catholics stay informed about Catholicism’s latest news. The Vortex is their segment that is available on their website or YouTube.

Staying up-to-date with the latest news updates and stories is essential. If you are looking to keep up on Catholicism, the websites mentioned above can are excellent sources. You can subscribe to their email list to get news stories in your inbox every morning.

Online newspapers and magazines are complimentary and have a library of thousands of news segments and articles. They are also the best way to get breaking news since you can check the news every day rather than waiting for your newspaper or magazine to come in.

What Now Atlanta (WNA) shares an exciting piece of news: medical-grade spa, Dermani Medspa, will be opening a fifth Buckhead outpost, on 3330 Piedmont Road. The outpost will open right on the cusp of swimsuit season. WNA broke the story after interviewing Allison Hillyer, operating partner and co-founder of Dermani Medspa. Hillyer is very experienced, having been in the industry since 2001, serving as a licensed esthetician, naturopathic doctor, and neuromuscular massage therapist. She explained that the success of the Buckhead location is such that it makes sense for the medical spa to open a new outspot to deal with the massive demand for their services.

According to the City of Atlanta commercial alteration permit the company filed, construction will cost an estimated $35,000 over the 1,220 square foot area. Hillyer had been biding her time waiting to pounce on the area when the opportunity arose, and when it died, she was ready.

The spa’s value proposition is very compelling: they offer evidence-based laser treatments given by highly trained staff to deliver an exceptional quality of care at an attractive price. The spa offers body contouring, botox, facials, laser hair removal, peels, skin rejuvenation, among many other treatments.

The spa prides itself on keeping pace with the latest developments in scientific research, something they do by scouring research articles and peer reviewed medical journals to make sure that their offering is always up-to-date with scientific advances. An example of how this investment in learning impacts treatment is their decision to procure the most advanced laser technology for their laser hair removal sessions. All the lasers are approved by the Food and Drug Administration (FDA) and have been cleared for use on all skin types. The techniques and technology used in their laser hair removal process are, you will realize is the norm with the spa, completely evidence-based. The laser is the fastest on the market. The spa operates to the highest standard, and consequently, the continuous motion diode lasers used in the spa, based upon the latest medical research, is cleared by the FDA.

Staff are kept up to date with the latest advances through a postgraduate training program within the spa. The program trains professionals such as estheticians,master cosmetologists, medical doctors, nurses, nurse practitioners, and physicians assistants in laser technology and aesthetic services. The program trains professionals from all over Georgia in cosmetic injectables and is widely respected. It is one of the top programs of its kind for practitioners seeking licencing from the Georgia Medical Board.

The new outpost will maintain the same standards, services and fees as all the other existing locations. Membership is available for those who want to bring down their medical-grade costs. Dermani Medspa continues to set the standard for medical spas with its compelling value proposition, bringing together evidence-based treatments with highly trained staff. The March opening of the fifth outpost will certainly draw a lot of attention.

In today’s digital age, technological devices are gadgets that people can no longer live without. Most of an individual’s work... 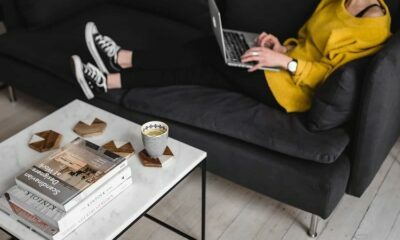 Let’s be honest, saving money is a hard thing for most people to do. Life can be expensive. Bills, rent...

Due to the pandemic restrictions, more people began to take DIY projects as a hobby. They would spend time doing... 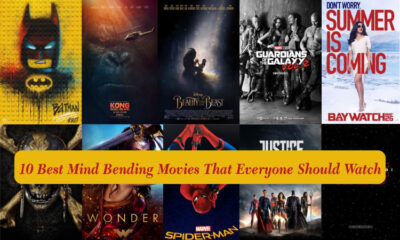 Mind Bending Movies are movies that make you think. They make you question reality, whether or not what is happening... 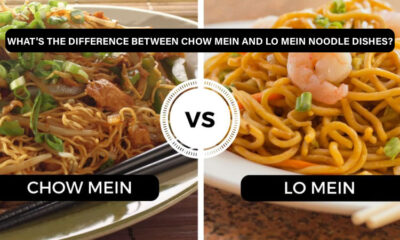 There are many differences between chow mein and lo mein noodles dishes. The difference in name is the most obvious... 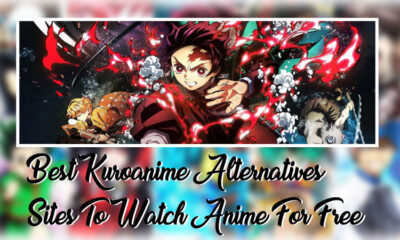 What is Kuroanime? Kuroanime is a streaming website designed specifically for anime lovers. It’s a platform where users can watch... 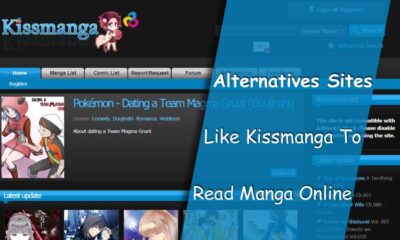 What is Kissmanga? Kissmanga is a Japanese website where you can read manga online for free. It is the best... 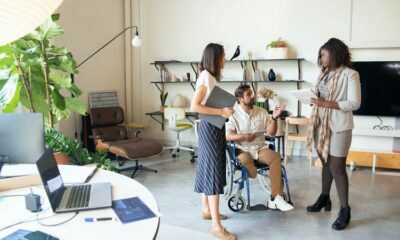 Why Employers Should Consider Hiring People With Disabilities

As time progresses, more and more people are becoming aware that people living with a disability have a lot to... 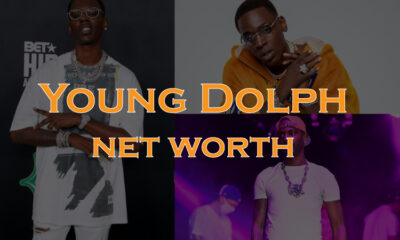 Do you want to know about Young Dolph net worth but first lets know how is Young Dolph? Young Dolph...