Youtube Music service officially registered in Hong Kong! The new streaming service will be divided into a free version and a premium subscription version, which has different Android and iOS versions. The Android/web version is $58 (personal plan)/$88 (family plan), while iOS is $78/$118. Subscribe to Premium users will get background playback, no ads, and pre-download music offline listening (which is better than using a YouTube downloader), and an account can log in to 10 devices.

However, it is understood that the Premium subscription service is bundled with a Google account. After the user is subscribed to Android and the web version, it can be used on the iOS device, and there is no need to pay a higher subscription fee in disguise.

The advantage of YouTube Music is that it has a huge music library. In addition to mainstream songs, independent music and even Cover songs will be integrated into YouTube Music. The platform also has strong support from Google: for example, intelligent search through lyrics and learning through AI mechanical User listening habits and preferences to provide tailor-made song suggestions. YouTube Music also provides localized song lists, such as TV dramas, Hong Kong-made movie songs, and more.

Facebook the world’s largest social media network has been sued by its users over a 2018 breach. The suit claimed that it failed to warn them about risks tied to its single sign-on tool, even though it protected its employees.

Facebook had the worst security breach in September when login codes or “access tokens” were hacked by the hackers, which allowed them to access nearly 29 million accounts, as per the lawsuit.

“Facebook knew about the access token vulnerability and failed to fix it for years, despite that knowledge,” the plaintiffs said in a heavily redacted section of the filing in the US District Court for the Northern District of California in San Francisco.

“Even more egregiously, Facebook took steps to protect its employees from the security risk, but not the vast majority of its users.”

To uncover how much user data was stolen, Judge William Alsup told Facebook in January, that he was willing to allow “bone-crushing discovery.”

During the initial disclosure of attack, Facebook revealed few details; the hacking of the “access tokens” only affected a “broad” spectrum of users without breaking down the numbers by country.

It has also been revealed that profile details like birth date, employers, education history, religious preferences, types of devices used, pages followed, recent searches and check-ins from about 14 million users had been taken by the hackers.

The investigation also suggests that for the other 15 million users, the breach was restricted to name and contact details. In addition to that, posts, lists of friends and groups of about 4 lakh users could be seen by the attackers.

Facebook said that the attackers did not steal personal messages or financial information nor access the users’ accounts on other websites.

A person from facebook said that film watchers often discover the details about a movie months before its release but they do need reminders about when the film is going to hit the theatres.

Through the movie reminder ads, whenever the people see an ad for the film in their news feed, they can tap on the ‘Interested’ option to receive a reminder in their facebook notifications about when the movie hits the cinema. The notification received will send the user to the movie information page on Facebook to look for showtimes and also purchase the tickets.

“The notification sends people to the movie detail page on Facebook to look up showtimes and seamlessly purchase tickets,” Facebook said in a statement on Wednesday.

With movie reminder ads, people can easily stay informed about the movies they want to see, and film marketers can reach a group of moviegoers that have indicated strong interest in their film

“We’re also introducing movie showtime ads for films that are already in theatres. Previously, researching showtimes required extra steps and additional searches. Now, when a moviegoer comes across a movie showtime ad, they can tap a ‘Get Showtimes’ button to go right to the Facebook movie detail page to find out where and when to see the film,” the social networking giant said.

The new ad units’ movie reminders and movie showtime are currently available for film studios in the US and UK confirmed Facebook.

An Easy Treatment for Protecting Your Countertops

ABC 4 ran a story which should interest those of you who are worried about their countertops getting ruined. We...

Small businesses have quickly adapted to the changing consumer culture and trends introduced by the modernized world. Today, small business...

Exploring the achievements, habits and intellectual brilliance of the most prominent Fintech people of 2021 The fintech sector is undoubtedly...

All employers in the United states of America are required by State and Federal law to display labor law posters....

Kitchen renovation requires the layout decision in the first place. You can design your kitchen in different styles. But if... 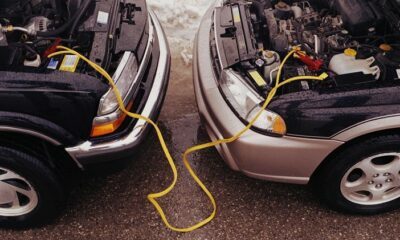 How to Jump Start a Car

Whether you’re a first-time car owner or a seasoned driver, you’ll have to jumpstart a vehicle at least once in...

There are two kinds of people: those who swear by a digestive or full body cleanse, and those who have...

The vast majority of executives today are presented with unique challenges in creating and implementing franchise reputation management as a...

Games form a part of a human’s life entitlement, right from the start. Block games are fun and help equip...

How To Keep an eBike Battery Warm In Winter

Most electric bikes run on lithium ion batteries. These batteries are sensitive to cold and heat. In the short term,...

An Easy Treatment for Protecting Your Countertops

How to Jump Start a Car

Genius says Google is stealing song lyrics from its website

Top Marketing And Design Tools For 2021